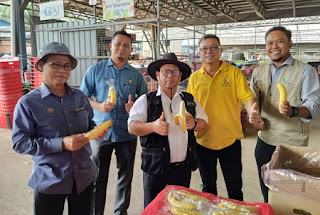 BANANA (Musa spp) are the World's Most Popular Fruit and grown in tropical country. Bananas are not only the world’s most popular fruit but they are loved by many Malaysians. In 2015, Malaysians consume 9.3 kilograms (kg) of banana per person and recorded slightly lower than the European Union (11.6kg/person) and the United States (12.6kg/ person). Farmers ‘go bananas’ in planting and harvesting this fruit. It is the most produced fruit in 2017. Johor produces 32% of the country’s bananas, and its production is 1.5 times more than Pahang and doubled Sabah’s production in 2017. Currently domestic banana prices also differ according to varieties. In 2018, the Berangan bananas fetch the highest farm price (RM2.25/kg), while the Tanduk bananas fetch the highest wholesale (RM3.70/kg) and retail prices (RM5.35/kg). Farmers earn 34 to 50% of the price consumer pay when they buy bananas in stores, higher than 5 to 9% observed in other countries. However, incentives to cultivate the fruit depends on other factors too. 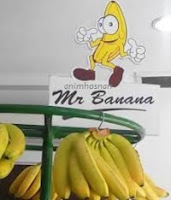 Historically, Malaysia has been a net exporter of bananas. From 2010 onwards, the country has been importing more bananas, especially from the Philippines. This could be associated to lower import tariffs on bananas or search for new export market by the Philippines. Further study is worthwhile to investigate the underlying reasons behind the nation’s sudden spike of banana imports. According to Department of Agriculture Malaysia, in 2017, the National Geographic hailed bananas as the world’s most popular fruit1 and indeed, it is prevalent in the diet of many Malaysians. In addition to being consumed straightaway, bananas are also the main ingredient for many of the nation’s favourite traditional and modern dishes - banana fritters, lepat pisang, healthy smoothies and the sinfully delicious banana split sundaes. Unsurprisingly, bananas are one of the most consumed fruits in Malaysia at 10.0 kilograms (kg) per person in 2017, behind only coconuts (19.4kg/person) and more than pineapples (7.6kg/person) and durians (6.4kg/person). In 2015, Malaysia’s banana consumption per capita was 9.5kg, slightly less than the European Union (11.6kg) and the United States (12.6kg)3. Aside from the fruit, various parts of the banana plant are also consumed or utilised. The banana leaf, for instance, is ubiquitously used to serve various types of food in Malaysia and elsewhere. That all for today!... 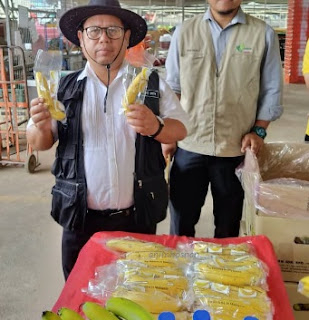