HOW MUCH RICE CULTIVARED IN MALAYSIA? 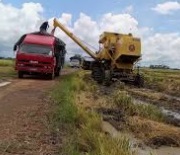 I am asked about how much rice cultivated in Malaysia. The best answers is to check the Ministry of Agriculture statistic annually for the answers. But actually in the paddy and rice industry, it is important to know the actual total area planted with paddy and the growth stage for each paddy plot. This helps to provide accurate measurement of yield, land use prediction, farm monitoring, and to predict the expected harvest. In addition, accurate and up-to-date paddy data are especially important during events such as natural disasters to allow the authorities to predict yield loss and end-ofseason harvest. Furthermore, it helps avoide leakages in the input subsidies; whereby ghost lands can be prevented20. This, in turn, allows prompt and effective policy and management decisions as well as appropriate downstream market responses. According to the Rancangan Fizikal Negara ke-3, the allocation of land for paddy cultivation was designated as kawasan jelapang padi or granary areas. Initially, there were eight granary areas, which have now been expanded to 10. The largest granary area is MADA. Recent data made available is on 201621 whereby a total parcel of 100,603 Ha in MADA was planted with paddy, producing a total of 1.1m MT of paddy at a yield of 5.3 MT/Ha. The data needed to generate this information involves on-site checks and individual information from the farmers which can be laborious, costly, prone to error and time-consuming. KRI explored the use of satellite technology to enable quick, accurate and transparent determination of the total planted area. Publicly-available satellite images covering the MADA area from ESA Sentinel-1A satellite were analysed22. The captured images were taken between March and August for the years 2015 and 2016. This corresponds to the paddy planting season (Musim 1) in the MADA area.

The paddy plant is a unique short-term crop with a maturity period of 90 - 140 days post germination. Within this period, it undergoes physically distinct life-stages that can be seen in two-week intervals. On the contrary, the physical characteristics of a permanent water body, such as a lake, a road, an oil palm estate, a forest, a home or a football field stay the same over the same two-week intervals. Therefore, theoretically, a satellite image shooting a light beam (of a certain wavelength) over a cultivated paddy plot should be able to detect the physical changes of a paddy plant over time and have it differentiated from a non-paddy surface. The use of this technology in paddy cultivation is demonstrated through the use of Sentinel-1A by researchers in IRRI23. KRI researchers stacked several Sentinel 1-A satellite images of the same MADA area that are about 2 weeks apart for each planting season. In the stacked image, colours indicate changes in the land surface area over time, while whitegrey areas are surfaces that did not change over the same period. This work is currently being written for a technical publication. In due course, it is hoped that the public can access the data from the KRI website and expand the use of satellite imagery for live updates of paddy cultivation. That is an advance technology to grow rice in future!. Thanks. 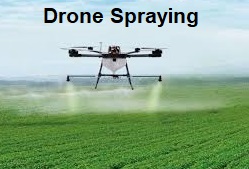 Labels: HOW MUCH RICE CULTIVARED IN MALAYSIA?