Protoplasts are naked cells that lack cell walls (Figure above). They are spherical with a plasmolysed cell content and are contained within a plasmalemma. In principle, each individual protoplast can reform a cell wall, and later initiate either a callus through sustained divisions, or an embryo, defined as a somatic embryo. In banana they are obtained from in vivo tissues or in vitro cultures. As early as 1902, a scientist known as Haberlandt has stated that individual nucleated plant cells could convert into entire plants, either directly or through a callus stage. This phenomenon is termed 'totipotency' and denotes the recovery of a whole organism from a single cell, and is also applicable to protoplasts. In theory all cells are totipotent, but in practice it depends on the past cellular environment. Usually the morphogenetic competence is retained at the unicellular stage that corresponds to a protoplast. However since protoplasts are not exposed to the stabilizing and inductive influence from neighbouring cells, they may have lost their plant regeneration capacity. In fact, factors such as the genotype or species of the manipulated plant, and the ontogenetic state of the explant source, exert a powerful effect on the regeneration potential of protoplasts. Consequently the development of appropriate in vitro conditions for protoplast regeneration is complicated. Notwithstanding this, successful efforts have been made in isolation, cultivation and regeneration of protoplasts, since Nickell and Torrey pointed out their merit for crop improvement. 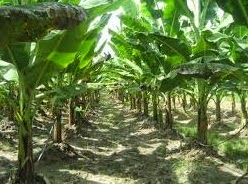 Various tissues and an increasing number of plant species and genotypes have been successfully used in protoplast culture, but so far sufficient quantities of protoplasts for practical applications are not routinely met. While the value for agriculture of protoplasts still needs to be demonstrated, they are an invaluable tool for studies on permeability of ions and solutes, photosynthesis, phytohormones, phytochrome, and maintenance of totipotency. Moreover, protoplasts are useful for the uptake of foreign genetic material and to produce somatic hybrids through protoplast fusion. In addition, protoplasts are an excellent system for studies on cell genetics and even for plant virology. These studies rely on isolated, clean and healthy protoplasts, which requires the appropriate choice of osmoticum, hydrolysing enzymatic solution, and pretreatment of the donor explant either in vivo or in vitro. This involves the right choice of explant age, cold treatment, phytohormone pretreatment, light intensity or photoperiod, and subculture rhythm, which affects both the internal metabolic status of the cells and cell-wall composition. Prior to cultivation isolated protoplasts need to be freed from enzymatic remains and debris, which are considered to be toxic. Culture in or on solid medium is considered to be more advantageous than in liquid medium because the development of a single protoplast into a colony can be followed up much better. For development, different factors such as medium composition are crucial, especially the nature and quantity of growth hormones. Other important factors are the physical environment, plating density, and embedding conditions or the use of feeder layers, which all contribute in one way or another to cell-wall regeneration and cell division. Once cell divisions start, the level of auxin(s), as well as the colony density, usually need to be reduced to avoid overcrowding. This is done by subculturing, which gives the additional benefit that an adequate nutrient supply is maintained. Finally, for rooting, plants are usually transferred to cytokinin-free medium, possibly containing some auxin, and exposed to high light intensities, usually in illuminated plant growth chambers. During recent decades, plant biology workers have recognised the potential of protoplasts in many experimental systems, since an efficient enzymatic method for protoplast isolation was first established. Thanks. 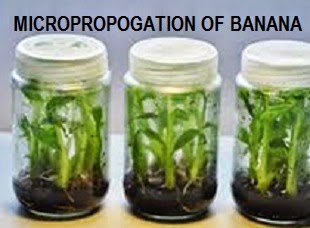