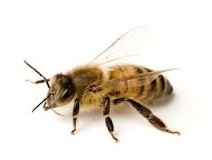 Honey Bee are special insects that seek for nectar and pollen from various crop as their source of food. However the supplemental foods are fed to honey bees to supply the nutritive requirements of colonies in areas and at times when natural food sources (pollen, nectar, or honey) are inadequate or not available especially on rainy days in Malaysia. The brood rearing activity and nutritional state of the colonyin which the quantity and quality of incoming pollen and nectar and the food reserves in the hive will determine whether the bees need supplemental foods. In Malaysia where bees may continue low levels of brood rearing in the monsoon season (in November to January), they may require more food reserves. This article I would like to share in 'Anim Agriculture Technology' my own knowledge why bee colony need supplementary food especially on wet season in Malaysia for our references.

From my field observation in Melaka, Pahang and Terengganu, the normal colonies (Apis cerana or Apis melifera) can be stimulated to have larger populations by providing them with adequate supplemental foods. This feeding should be started 6 to 8 weeks in advance of when package bees or queens are to be produced. Colonies are usually fed supplemental foods for one or more of the following reasons:

1. To ensure continued colony development in places and times of shortage of natural pollen and nectar.

2. To develop colonies with optimum populations in time for nectar flows.

3. To develop colonies with optimum populations for pollination of crops.

4. To build up colony populations for autumn and spring division.

5. To sustain brood rearing and colony development during inclement weather.

6. To build colonies to high populations for queen and package-bee production.

7. To maintain colonies and extend the season for high drone populations for queen matings.

8. To maintain colonies in feedlot situations.

9. To build up colonies after pesticide losses.

The first examination of colonies in late wet season should reveal any need for supplementary feeding. Unless the wet season is extremely long, colonies provided with adequate food stores. It is advised that the supplementary food ready as soon as the wet season came.. A sudden curtailment of nectar and pollen income when brood rearing activities are in progress often causes the adult bee population in colonies to decline. The supplementary food also significant during the spraying of chemical pesticide, weedicide or fungicide surrounding the honey bee rearing area. Oil Palm Growers, Vegetable growers, paddy farmers, orchard growers usually spray poisonous chemical to their vegetation that able to affect the bee colony population. The best way is to closes the hive windows so that the bee colony will not be able to go out and we provide supplementary food for the colony.