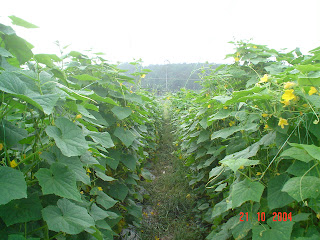 Cucumber (Cucumis sativus Linn) under the Cucurbitaceae family are popular as fruit vegetables grown in Malaysia. It considered as Herbs Crop due to its creeping characteristic and capability to erect by its shoots. It was believed that cucumber originated from Northern India and brought in Malaysia due to its suitability to grow and great demand from local consumer. Cucumber was largely grown in the state of Johore, Perak and Terengganu and in Johor it was recorded about 440 hectare was grown in 2012. In Muar District cucumber was grown for 106 hectare in 2012 producing about 2,444 metric tonnes (Largest producer in Johore). Latest technology for cucumber was grown using the fertigation and hydroponic technology. Other than ordinary green cucumber there was also an increase demand for Japanese Dark Green Cucumber variety. 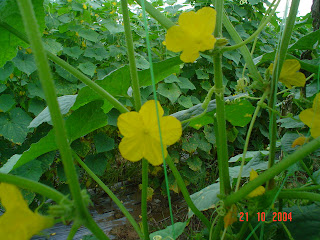 Cucumber are suitable to be grown in tropic climate with temperature from 18 - 35 Celsius and water is important for cucumber and about 300 mm rainfall required annually. Mineral or peat soil are suitable with proper pH (between 4.5 - 5.5) and proper drainage system. Cucumber used as salad, processed as pickled or fresh consumption. The young shoot was eat as vegetables and it believed that cucumber are able to reduce body heat. Every 100 gram of cucumber contain 0.5 g Protein, 4 g carbohydrate, 14 mg calcium, 21 mg Phosphorus and Vitamin B1,B2,C and Niacin (0.10 mg). 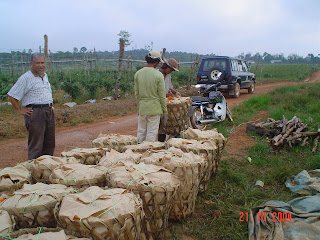 Economic Analysis for cucumber grown in Muar District done in 2009 shown that one hectare of cucumber produce about 22.5 mt/ha with Gross Income recorded at RM 9,000/ha with ex-farm price for RM 0.40/kg. Total cost of production for one hectare cucumber calculated at RM 5,575 /ha and gives a Net Income about RM 3,424 /ha. Analysis shown that cost of production for one kilogram cucumber at RM 0.25 and every one ringgit investment returned for about RM 1.61... a profitable business!