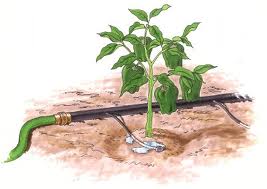 Drip irrigation is popular irrigation system in Malaysia for commercial selected fruit and vegetable production. This system also known as trickle irrigation or micro-irrigation, is an irrigation method which saves water and fertilizer by allowing water to drip slowly to the roots of plants. This irrigation system supply the water either onto the soil surface or directly onto the root zone through a network of valves, pipes, tubing and emitters. It is done with the help of narrow tubes which delivers water directly to the base of the plant. This article explains the drip irrigation system based on my experience in preparing this system to many commercial food crop project implemented by group farmers in Johore.

From a lecture given by DOA Engineers in Air Hitam Johore during short courses, ‘Drip Irrigation’ has been used since ancient times when buried clay pots were filled with water in which would gradually seep into the grass. The modern drip irrigation began its development in Afghanistan in 1866 when researchers began experimenting with irrigation using clay pipe to create combination irrigation and drainage systems. . Other related technology introduced by O.E. Nobey experimented with irrigating through porous canvas hose at Michigan State University.

The improvement of irrigation technology later improved with the advent of modern plastics during and after World War II. Major improvements in drip irrigation became possible. Plastic micro-tubing and various types of emitters began to be used in the greenhouses of Europe and the United States and few other countries. The usage of plastic emitter in drip irrigation was developed in few developed country. Instead of releasing water through tiny holes the new technology blocked easily by tiny particles and water was released through larger and longer passageways by using velocity to slow water inside a plastic emitter. Together they developed and patented the first practical surface drip irrigation emitter. This method was very successful and subsequently spread to Australia, North America, and USA by the late 1960s.
In Malaysia the modern drip irrigation system introduced less than 15 years ago by foreign company.

Nowadays local plastic irrigation producers able to produce world’s standard quality of drip irrigation system material. Drip irrigation has arguably become the world's most valued innovation in agriculture since the invention of the impact sprinkler in the 1930s. This system offered the first practical alternative to surface irrigation. Drip irrigation may also use devices called micro-spray heads in which spray water in a small area and instead of dripping emitters. These are generally used on tree and vine crops with wider root zones.

Subsurface drip irrigation (SDI) uses permanently or temporarily buried dripperline or drip tape located at or below the plant roots. It is becoming popular for row crop irrigation, especially in areas where water supplies are limited or recycled water is used for irrigation. Careful study of all the relevant factors like land topography, soil, water, crop and agro-climatic conditions are needed to determine the most suitable drip irrigation system and components to be used in a specific installation. 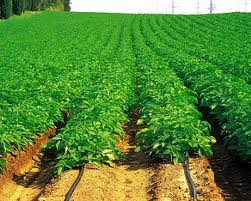 Most large drip irrigation systems employ some type of filter to prevent clogging of the small emitter flow path by small waterborne particles. New technologies are now being offered that minimize clogging. Some residential systems are installed without additional filters since potable water is already filtered at the water treatment plant. Virtually all drip irrigation equipment manufacturers recommend that filters be employed and generally will not honor warranties unless this is done. Last line filters just before the final delivery pipe are strongly recommended in addition to any other filtration system due to fine particle settlement and accidental insertion of particles in the intermediate lines. 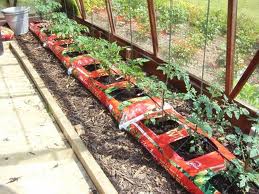 Drip and subsurface drip irrigation is used almost exclusively when using recycled municipal waste water. Regulations typically do not permit spraying water through the air that has not been fully treated to potable water standards. Because of the way the water is applied in a drip system, traditional surface applications of timed-release fertilizer are sometimes ineffective, so drip systems often mix liquid fertilizer with the irrigation water. This is called fertigation; fertigation and chemigation (application of pesticides and other chemicals to periodically clean out the system, such as chlorine or sulfuric acid) use chemical injectors such as diaphragm pumps, piston pumps, or venturi pumps. The chemicals may be added constantly whenever the system is irrigating or at intervals. Fertilizer savings of up to 95% are being reported from recent university field tests using drip fertigation and slow water delivery as compared to timed-release and irrigation by micro spray heads. 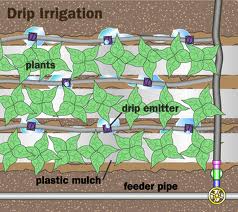 The trough a buried plastic bottle technology if  properly designed, installed, and managed, drip irrigation may help achieve water conservation by reducing evaporation and deep drainage when compared to other types of irrigation such as flood or overhead sprinklers since water can be more precisely applied to the plant roots. In addition, drip can eliminate many diseases that are spread through water contact with the foliage. Finally, in regions where water supplies are severely limited, there may be no actual water savings, but rather simply an increase in production while using the same amount of water as before. In very arid regions or on sandy soils, the preferred method is to apply the irrigation water as slowly as possible.

Pulsed irrigation is sometimes used to decrease the amount of water delivered to the plant at any one time, thus reducing runoff or deep percolation. Pulsed systems are typically expensive and require extensive maintenance. Therefore, the latest efforts by emitter manufacturers are focused toward developing new technologies that deliver irrigation water at ultra-low flow rates, i.e. less than 1.0 liter per hour. Slow and even delivery further improves water use efficiency without incurring the expense and complexity of pulsed delivery equipment. 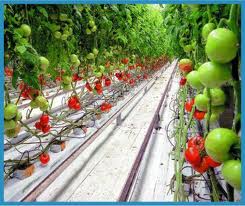 Drip irrigation is used by farms, commercial greenhouses, and residential gardeners.
Drip irrigation is adopted extensively in areas of acute water scarcity and especially for crops such as coconuts, containerized landscape trees, grapes, bananas, chilli, brinjal, citrus, strawberries, sugarcane, cotton, maize, and tomatoes. Drip Irrigation for Garden available in drip kits are increasingly popular for the homeowner and consist of a timer, hose and emitter. Hoses that are 4 mm in diameter are used to irrigate flower pots.

Advantage and disadvantages Drip System
The advantages of drip irrigation are:

• Minimized fertilizer/nutrient loss due to localized application and reduced leaching.
• High water application efficiency.
• Levelling of the field not necessary.
• Ability to irrigate irregular shaped fields.
• Allows safe use of recycled water.
• Moisture within the root zone can be maintained at field capacity.
• Soil type plays less important role in frequency of irrigation.
• Minimized soil erosion.
• Highly uniform distribution of water i.e., controlled by output of each nozzle.
• Lower labour cost.
• Variation in supply can be regulated by regulating the valves and drippers.
• Fertigation can easily be included with minimal waste of fertilizers.
• Foliage remains dry thus reducing the risk of disease.
• Usually operated at lower pressure than other types of pressurised irrigation, reducing energy costs.
The disadvantages of drip irrigation are:
• Expense. Initial cost can be more than overhead systems.
• Waste. The sun can affect the tubes used for drip irrigation, shortening their usable life. Longevity is variable.
• Clogging. If the water is not properly filtered and the equipment not properly maintained, it can result in clogging.
• Drip irrigation might be unsatisfactory if herbicides or top dressed fertilizers need sprinkler irrigation for activation.
• Drip tape causes extra cleanup costs after harvest. You'll need to plan for drip tape winding, disposal, recycling or reuse.
• Waste of water, time & harvest, if not installed properly. These systems require careful study of all the relevant factors like land topography, soil, water, crop and agro-climatic conditions, and suitability of drip irrigation system and its components.
• Germination Problems. In lighter soils subsurface drip may be unable to wet the soil surface for germination. Requires careful consideration of the installation depth.
• Salinity. Most drip systems are designed for high efficiency, meaning little or no leaching fraction. Without sufficient leaching, salts applied with the irrigation water may build up in the root zone, usually at the edge of the wetting pattern. On the other hand, drip irrigation avoids the high capillary potential of traditional surface-applied irrigation, which can draw salt deposits up from deposits below.

Emitting Pipe
A Emitting Pipe is a type of drip irrigation tubing with emitters pre-installed at the factory with specific distance & flow per hour as per crop distance.

Emitter
An emitter is also called a dripper and is used to transfer water from a pipe or tube to the area that is to be irrigated. Typical emitter flow rates are from 0.16 to 4.0 US gallons per hour (0.6 to 16 L/h). In many emitters, flow will vary with pressure, while some emitters are pressure compensating. These emitters employ silicone diaphragms or other means to allow them to maintain a near-constant flow over a range of pressures, for example from 10 to 50 psi (70 to 350 kPa).

This article are one of my field experts on irrigation system as I deliver training to commercial vegetable growers in many districts in Johore during my 14 years service in that state. From ordinary sprinkler gun to drip tape system the chili (Capsicum annum) is the most best crop to apply this drip system. I hope this article able to provide technical knowledge for all readers. Thanks.